Afra, lung patient and specialist of her own life

‘I did everything I could!’

Afra is in the prime of her life. As the mother of two sons she is the very picture of health. But looks are deceiving. Afra has a rare lung disease and her future is actually uncertain. Earlier this year, she attended a specialised treatment plan at Ciro to seek treatment for Lymfangioleiomyamotosis (LAM).

"After I had been carrying laminate up three stories all day long, I felt increasingly worse," said Afra. "That night I felt suffocated and I had a lot of trouble breathing. I thought I was hyperventilating, and did not know that was how a collapsed lung felt. The next morning I went to the emergency room. One lung has completely collapsed and the other was partially collapsed. Within two weeks I was diagnosed with LAM. "

This progressive disorder causes healthy lung tissue to be destroyed by an uncontrolled growth of muscle cells in the lymph vessels, lymph nodes, small airways. In some cases it affects the kidneys and brains. Because the cells block the lymph vessels and airways, cysts form in the lungs, where the lymph fluid accumulates. "Because the cysts can burst to the outside of my lungs, the risk of pneumothorax is large," says Afra.

From June to November 2015, Afra had nine collapsed lungs, six lung surgeries and pneumonia several times. "They had to stick together the membranes around my lungs several times." After having so many surgeries, Afra feels like she is wearing a corset all the time, which restricts her breathing. "I have lost a lot of weight and muscle mass. When I was in and out of the hospital, my eldest son of 10 years was afraid that I was going to die. I told my children about the illness and that I didn’t want to feel sad about it."

For Afra it became clear that she did not want to go home after her last hospitalisation, but wanted to go through rehabilitation. Because Afra’s lung disease is so specific, they went to Ciro.

An environment of self-care

"At Ciro, everyone is responsible for their own recovery. For eight weeks I avoided it but as a mother, I knew I couldn’t just throw in the towel."

After the initial assessment, Afra underwent many tests and they created a comprehensive treatment plan. It also included her personal goals, such as runniing the household and taking care of her children again. "And it worked. The Ciro team became very involved with me as a person."

Afra worked hard to gain more muscle and followed a special diet they made for her to gain weight. "Rehabilitation is great exercise, especially if you do it five days a week. I just wanted to be mobile, and do things on my own again. " 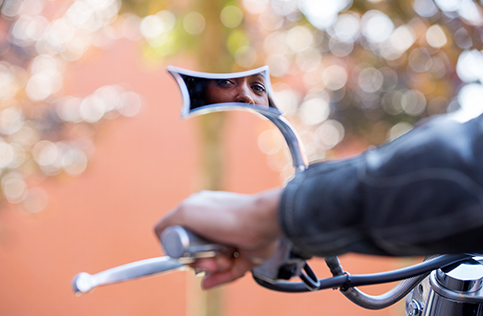 "After my recovery, I reached the maximum I could achieve. Secretly I had hoped that it would be just like I was before but you know that it can’t happen. You have to accept it. I think of the possibilities and have accepted that I most likely will not grow old."

In her new way of life, Afra lives every day to the fullest doesn’t make plans too far ahead. "I am happier and live in the present. I do the things that keep me up in shape. I also want set a good example for my children. I want to be living proof that even if you think you’ve lost everything, there is still much to be gained. You are the director of your own life, including your own happiness. Sometimes it is just a question of changing your perspective on things. "

The sword of Damocles

"I only have 40 percent lung function because of my illness, and it will grow even less, but hopefully slow. Every day I have to deal with this limitation. It feels like my illness is like the sword of Damocles hanging over my head. The fear of a new pneumothorax or pneumonia is always present just under the surface." Afra regularly needs oxygen and she wants to use her own lungs as long as possible. "New lungs can last 10 years. My children are so young, and that's not an option. In addition, there is a good chance that this disease will also affect the new lungs."

The ultimate freedom on a motorbike

Currently Afra is trying to do as many things possible that she enjoys, like going out with her friends. "I ask myself, can I do this? I don’t want to deny myself anything, but I don’t want to hold others back either. For me, going to a festival and dance is a real activity."

Getting a motorbike is at the top of Afra’s bucket list. “I have been held back so often. A motorbike represents freedom and a true connection with the environment. You experience everything so differently. "A ride on a motorbike will let Afra enjoy a moment of true happiness, so as an added incentive she has started to save up for riding lessons. “There is no time like the present!"